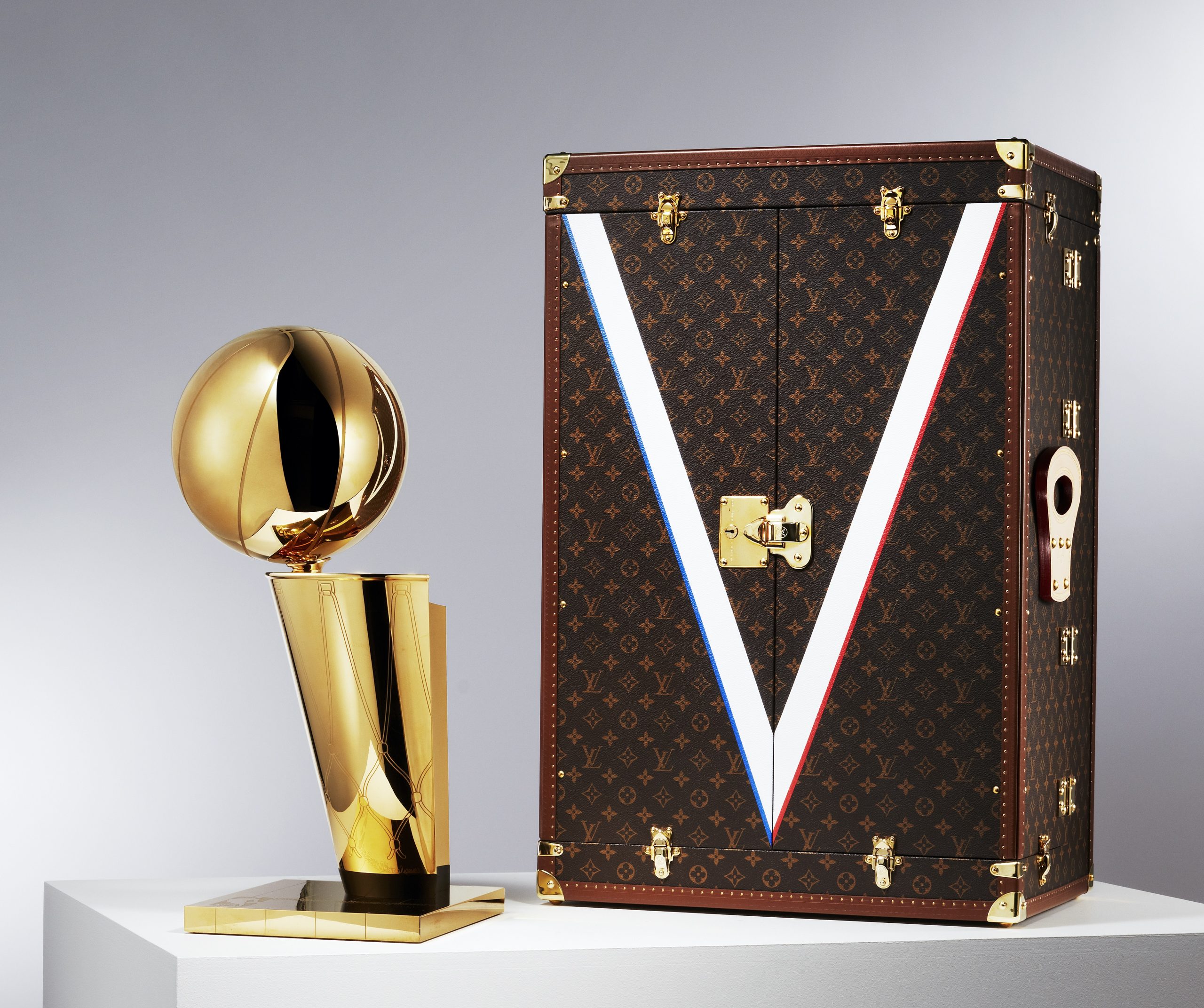 “Victory travels Louis Vuitton”: The first agreement of its kind in the league makes the French Maison official supplier of the portmanteau for the NBA trophy ” – Louis Vuitton and the National Basketball Association (NBA) have announced a global partnership that makes the French Maison in the first official supplier of the portmanteau of the NBA today.   This agreement becomes the first and only Louis Vuitton has an American sports league.

Handcrafted in the historic workshop in Asnieres Louis Vuitton – just outside Paris – for its craftsmen, the trunk is lined with iconic Monogram canvas and topped with traditional brass finishes.   This trunk is made to measure Larry O’Brien Trophy, which is awarded annually in June to the team that wins the NBA Finals.

“Louis Vuitton and the NBA are both icons and leaders in their respective areas, and join them both promises exciting moments and surprising, as we forge historical memories together.” – says President and CEO of Louis Vuitton, Michael Burke.   “Louis Vuitton has always been associated with the most coveted trophies in the world and with this legendary collaboration, the legacy continues. Undoubtedly, Victory travels in Louis Vuitton! ”

“The NBA Finals is defined by iconic players I played memorable and culminating with the delivery of the Larry O’Brien trophy.” – says Mark Tatum, deputy commissioner and chief operating officer of the NBA.   “The tradition, heritage and identity of Louis Vuitton create a natural synergy with the NBA, and this partnership is the most appropriate way to present the Larry O’Brien trophy for our fans around the world.”

The NBA and Louis Vuitton will also work together to create fascinating stories about one of the most symbolic trophies and unique travel companion.   As part of this broad agreement with the NBA, Louis Vuitton created annually capsule limited edition collection whose details will be announced later.

The announcement was officially made part of the The NBA Paris Game 2020 Presented by Bein Sports , who will face the Charlotte Hornets and the Milwaukee Bucks, teams that will play the first regular-season game of the NBA in France on 24 January in the accorhotels Arena.

Since 1854 Louis Vuitton proposes unique creations, where technical innovation is allied with style, always coveting the highest quality. Today, the Maison remains faithful to the spirit of its founder Louis – who invented a genuine “Art of Traveling” – through their trunks, suitcases, bags and accessories that are as ingenious as elegant. Since then, daring shapes the story of Louis Vuitton. True to its tradition, Louis Vuitton has opened its doors to architects, artists and designers over the years, developing new disciplines such as ready-to-wear, shoes, accessories, watches, jewelry, perfumes or writing. All its products, carefully made, are witness Louis Vuitton’s commitment to craftsmanship. For more information: www.louisvuitton.com

Yama Pant is EVERYTHING! 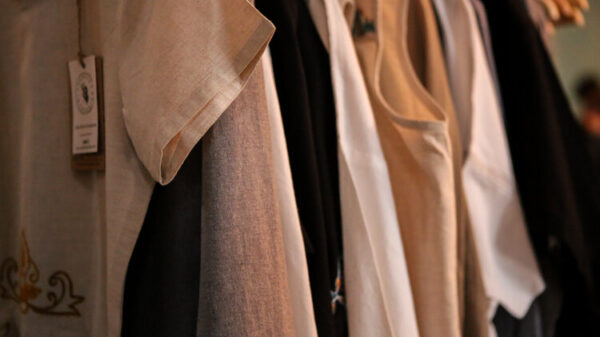 The 5th Impact Fashion Show returns with a twist on Friday, Sept. 4, 2020 as the first virtual fashion show showcasing Fair Trade and...

fabfivelifestyleJuly 18, 2020
Sign up for our NewsletterBe the first to learn about our latest trends! 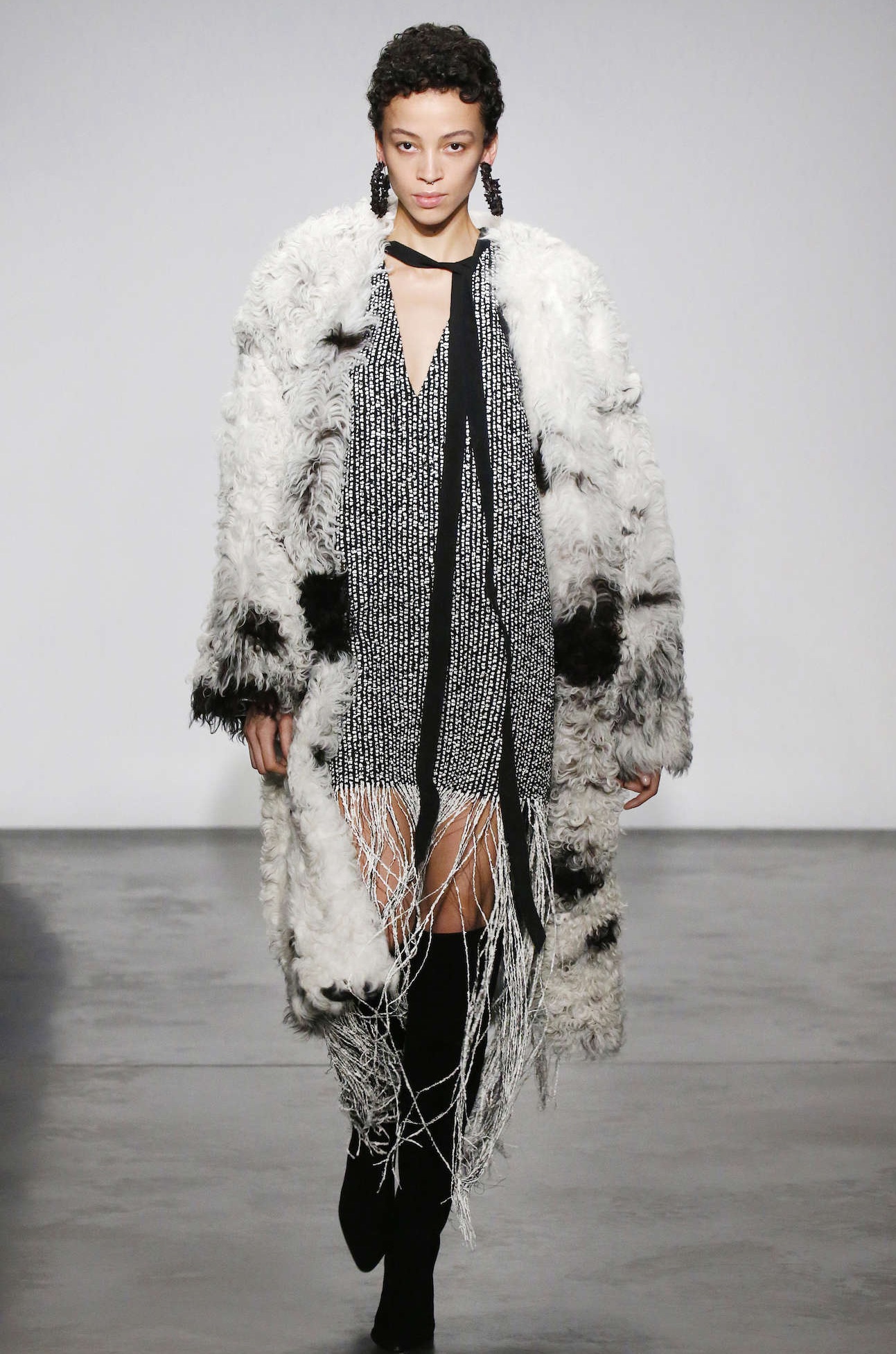