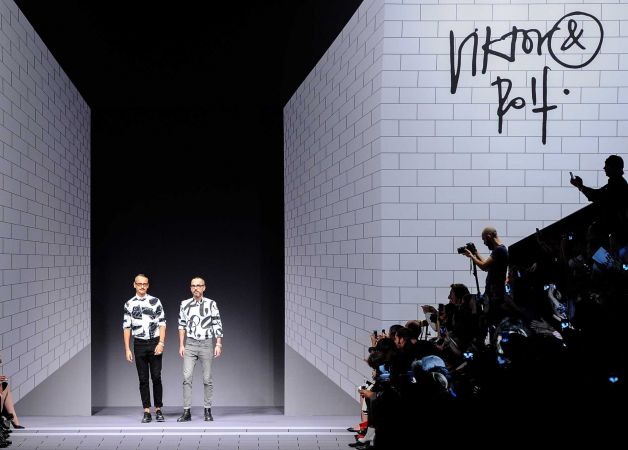 When one thinks of Victor & Rolk, you think of good construction, durability and a style house collection of well made art on your body. Check out our Fab Five picks from their S/S 14 collection below. Learn more about their start in the business below.

Viktor Horsting (1969) & Rolf Snoeren (1969) met while studying fashion at the Arnhem Academy of Art and Design in The Netherlands. They began working together upon graduation, relocating to Paris in 1993 to launch their careers. Their first collection ‘Hyères’ (1993) based on distortion, reconstruction and layering won three prizes at the Salon Europeen des Jeunes Stylistes at the Festival International de Mode et de Photographie. The subsequent presentation of four collections in experimental art spaces ledring/Summer 1998).

Viktor&Rolf returned to ready-to-wear in 2000, with ‘Stars and Stripes’ (Autumn/Winter 2000-01). The menswear line ‘Monsieur’ was added in 2003 (Autumn/Winter), modelled entirely by Viktor & Rolf in a mirrored performance. The Viktor&Rolf range has since grown to include shoes, accessories and eyewear.

In addition to their own lines, Viktor&Rolf have collaborated with a number of other well-known brands, including Samsonite (2009), with whom they produced a luggage line, Shu Uemura (2008) for a range of couture false eyelashes, Piper Heidsieck (2007) for the iconic upside-down bottle and, in 2006, the line for high street chain H&M, which greatly extended their appeal to the general public.

With the desire to expand, in 2008 Viktor&Rolf entered into a partnership with Italian clothing magnate Renzo Rosso of Only the Brave (OTB), allowing the company to develop new product ranges, extend distribution and open further boutiques. Link into their world at http://www.viktor-rolf.com/intro/ 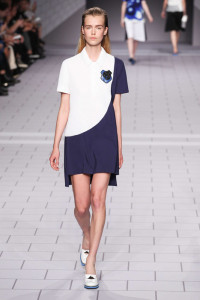 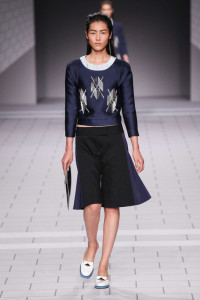 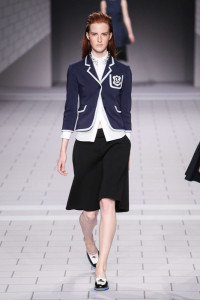 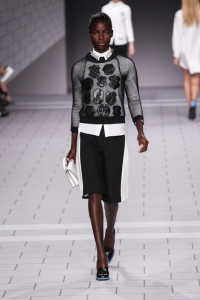